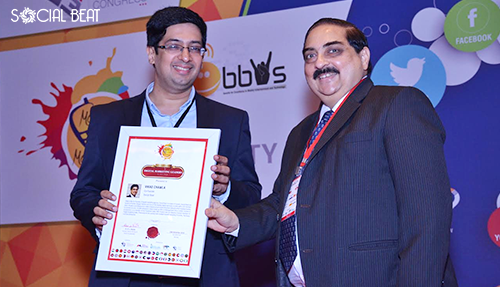 It gives us immense pleasure to announce that earlier today, the World Marketing Congress & CMO Asia recognized our Co-Founder, Vikas Chawla as one of the Most Influential Digital Marketing Leaders in India.

The recognition  is a result of an intense research followed by a review by a Jury of senior marketing professionals from across the globe. The criteria for the award included: 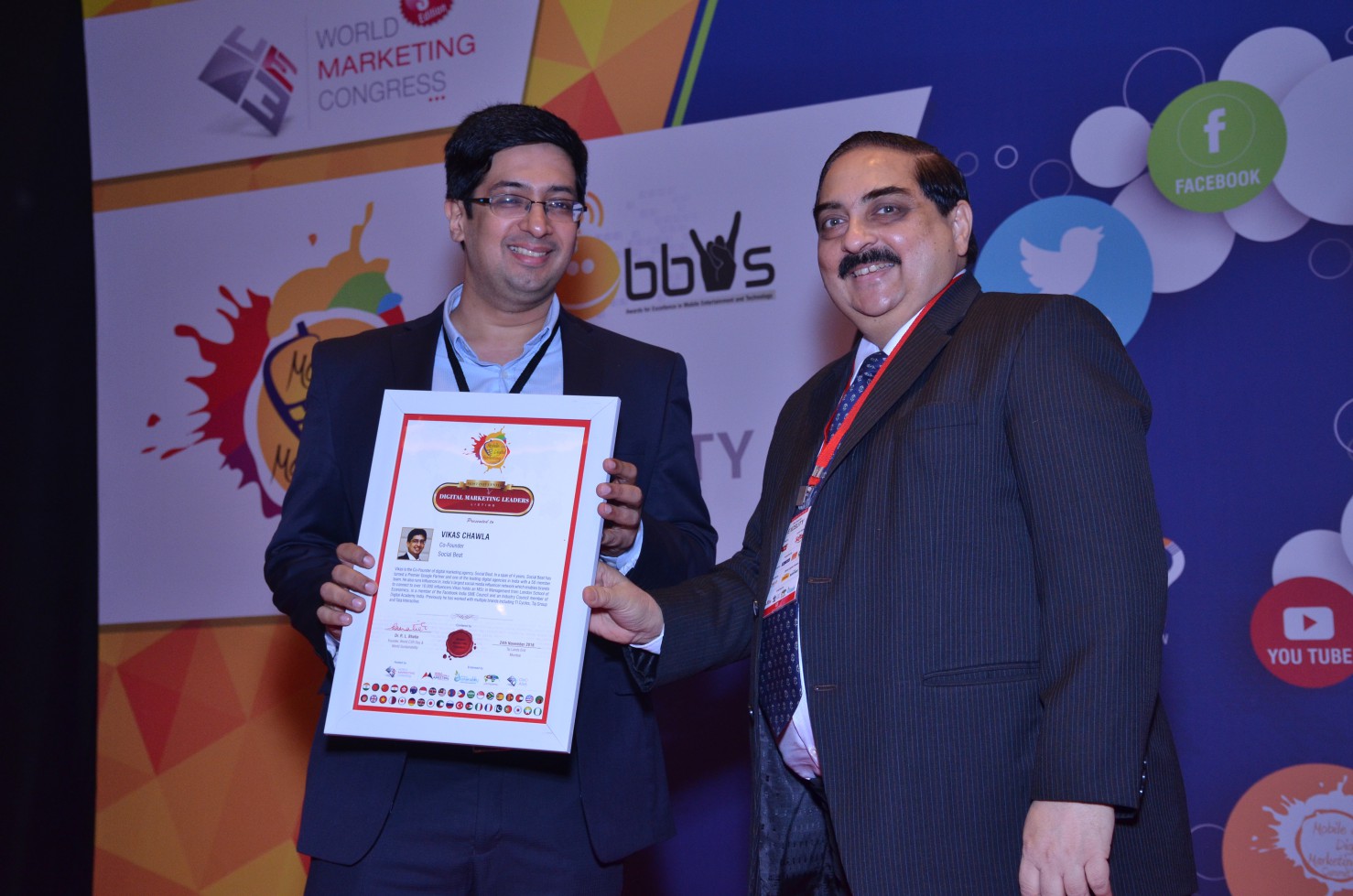 The award function and conference help in Mumbai brought together Marketing Experts, Strategists, & Media from all over the country to learn and share the best practices that shape the digital marketing landscape. 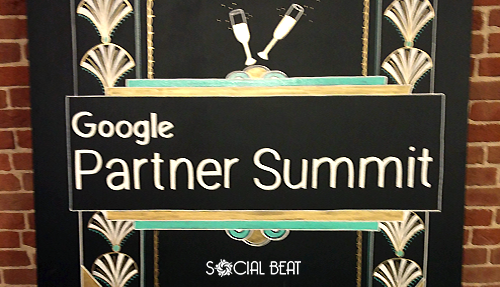 It was a delightful day when we got the news of being invited for the Google Partner Summit and being upgraded to a Premier Google Partner. So when the time came, Rohit & I packed our bags and took the journey to cover 13,876 kms from Chennai to San Francisco. The journey was not just the distance, but the fact that at the Summit we were amongst 900 partners around the world, who together controlled about 8% of the global digital advertising spend. It was indeed a delightful experience to be part of it.

“Now is our Moment” was an apt theme for the Google Partner Summit with multiple interactions with senior Google product managers and account managers interspersed with knowledge on how to manage talent as well as clients. It was a holistic agenda to help agencies like us succeed.

While a lot of the inputs provided at the Summit were confidential, we have summarized what we are allowed to share. Below were the 5 key takeaways for us:

Apart from the product learnings, it was amazing for us to network and meet Google Partners from around the world and we even got to visit Googleplex and interact with product managers one on one (though we cannot share the details of these discussions yet). 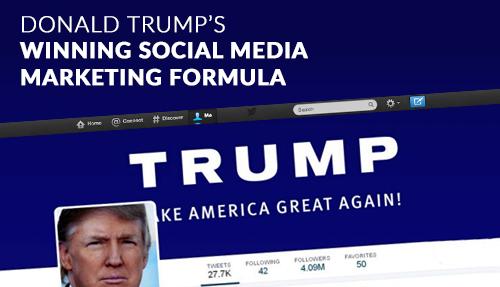 While Indians scurry around exchanging their notes, Americans stand in shock and awe over the result of their votes. Donald Trump emerged victorious on Tuesday as America’s President-elect, leaving a rather uncomfortable feeling on the rest of the world. It’s only a matter of time before the dust settles and reality bites, as “The Donald,” as he is fondly known, takes office.

Many may call his campaign one of the most controversial to date, but they just can’t deny that it has proven to be highly effective on his road to victory. Trump’s landslide victory came as result of his smart use of social media, a platform he has praised since winning. Marketers could take a leaf out of his book on how to implement strategies and work action plans to ensure the best results on minimum expenditure. His campaign is a great example of ROI driven digital marketing, where he spent virtually nothing while making the most out of free publicity.

Have your mind blown over the review in numbers on Trump’s campaign! While the use of social media for a political advantage is not new, considering how well Obama fared during his campaign, Trump’s win is a testament to why it has become so important in daily life. Let’s have a look at the various tactics Trump employed on his campaign.

He was brutally honest

Everyone knows, a politician’s biggest lie is when he is trying to convince everyone he’s telling the truth. But what happens when a politician comes out with an open mike in hand, and effortlessly speaks his mind to the people. We’ve seen that with Modi on his public rally’s and Trump took centre stage on the best platform to express oneself- social media. Forget the fact-checking, Trump’s sometimes outlandish claims added a perspective of thought amongst his ever-growing flower base. Here’s an example of that, one which Trump posted 24 hours ahead of election day.

He stuck to social media norms

Even Obama had to admit, in his last hilarious speech as president, that Hillary’s attempt to bond with the public on social media failed miserably. Trump, on the other hand, having prior expertise with social media norms thanks to his entrepreneurial background, modified his approach to fit political standards while still using social media jargon and youth slang that could connect well with his followers. His use of hashtags and constant responses to queries from his supporters leveraged success to his campaign.

You’ve already noticed that we’re referencing most of Trump’s campaign with his Twitter feeds, that’s because he practically owned the microblogging giant over the past few months of his rigorous campaigning. Nothing makes free press feel any better than having the power to deconstruct your opponents within 140 characters. His infamous hashtag #CrookedHillary and attack on the existing government emphasise his no-holds-barred approach to social media.

He relied on audience engagement

One method that has become increasingly important on social media today is the way brands interact with consumers. Engaging with an online audience makes for conversion rates to increase, turning them into potential buyers of the product. In the case of the Trump Brand, Trump knew what he represents and had a decent idea on what his audience expect, opening the floodgates to thousands of interactions per tweet.

Trump was able to achieve an incredible response on election day, all thanks to the effort he put in and the ease of reach through social media. His formula for success should be familiar with adept digital marketers, but if you are till keen on maximizing those efforts and using the full potential of social media, here’s what you have to do, the Donald Way.

Trump’s slogan, “Let’s Make America Great Again,” is a powerful example of brand positioning strategies. In just five words, he sums up what he is all about and more importantly, what America wants the most, the return of those glorious days. Digital marketers know that brand positioning is the first of many key factors that can make a campaign run successfully. While Clinton’s slogan, “Stronger Together,” invokes an action, it doesn’t have a definitive goal. Your brand positioning must reflect the entire process of your campaign, and give consumers a meaningful reason to interact with you on social media.

A touch of emotion

Trump’s entire campaign was emotion driven. He appealed to the audience by telling them what they wanted to hear. Constantly rubbing the existing governing systems in the mud and hitting out on policies the public themselves have protested against over the years. He also narrowed down his target audience to the majority race in America, slashing out on the minorities through the early stages of his campaign. This method built his fan following in quicker rates and gave him the image of an all-American common man, which touched the hearts and minds of millions in the USA.

Hillary’s and most of the Democrat Party’s campaign focused on benefiting the rich 1 percent of America. They left behind their blue-collar Democrats and ignored a vast majority of the American demographic. Trump did the exact opposite; his campaign appealed to existing voters as well as ignited passion in first-time voters. He even managed to pocket the blue-collar Democrats and win the vote of almost all Republicans. Trump’s campaign is a good example of effective customer management, where he was able to retain old voters and garner the support of new voters.

Everyone knows that advertisements are bloated with exaggerated claims and over-the-top promises, but if that doesn’t keep consumers interested, what else will? Trump’s campaign was splattered with colorful promises and rather comical goals, but it played well with his audience as it clearly was a fantasy in their heads already. On the post-purchase point-of-view, every customer wants his money’s worth, so it’s only a matter of time before Trump’s true colors come shining out.

Trump carried himself very well throughout his campaign; never backing down from a potential war of words and staying true to the image he had created over the years as an established business tycoon. Trump portrayed himself as an all-American American, winning over the public with his celebrity stylized presentation and tough-guy demeanor. It was very much like the Modi one-man-show which gave Americans the confidence to vote for “The Donald.” Trump carried over this personality on every form of media he used, thus managing to cement his image in the hearts and minds of the public. Just have a look at this speech he made at one of his best rallies ever.

In typical businessman fashion, Trump knew that he could never achieve perfection without a little trial-and-error. If you’ve been following his campaign closely, you’ll notice how he carefully shifts his marketing strategies from one perspective to another; beginning by attacking the opposition with harsh, over-the-top judgments to slowly letting go of the hominem insults and placing focus on talking about a better America. Trump also balanced his mediums of delivery smartly, telling people what they wanted to hear at the exact moment they wished to hear it, all the while constantly drilling into the consumer’s mind, his underlying message of a greater American future.

The Trump Brand is the shiniest new thing popping straight out of the realms of Social Media. Polished and ready to be grasped by the consumer’s hands, it’s only a matter of time before the brand’s USP comes into full play and hopefully deliver its promises.

You may also find it interesting to read how social media was used by Indian politicians in the 2014 elections. 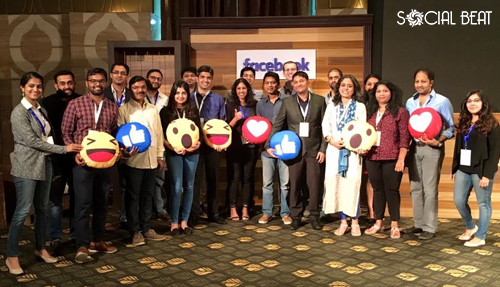 Small and mid sized businesses are indeed the backbone of India’s economy and digital marketing can be a powerful medium for SMEs, especially when you can get more through targeted marketing. This is the purpose with which Facebook India launched their SME India Council last year and this year we extremely excited to be part of it and are looking forward to working closely with Facebook.

As Facebook reported in 2015, more than 1.99 billion interactions have been made between people and the 2 million small businesses with Facebook Pages in India. And of the close to 160 million people (as of Oct 2016) on Facebook in India (95% on mobile), more than half of them are connected to at least one small business in the country. 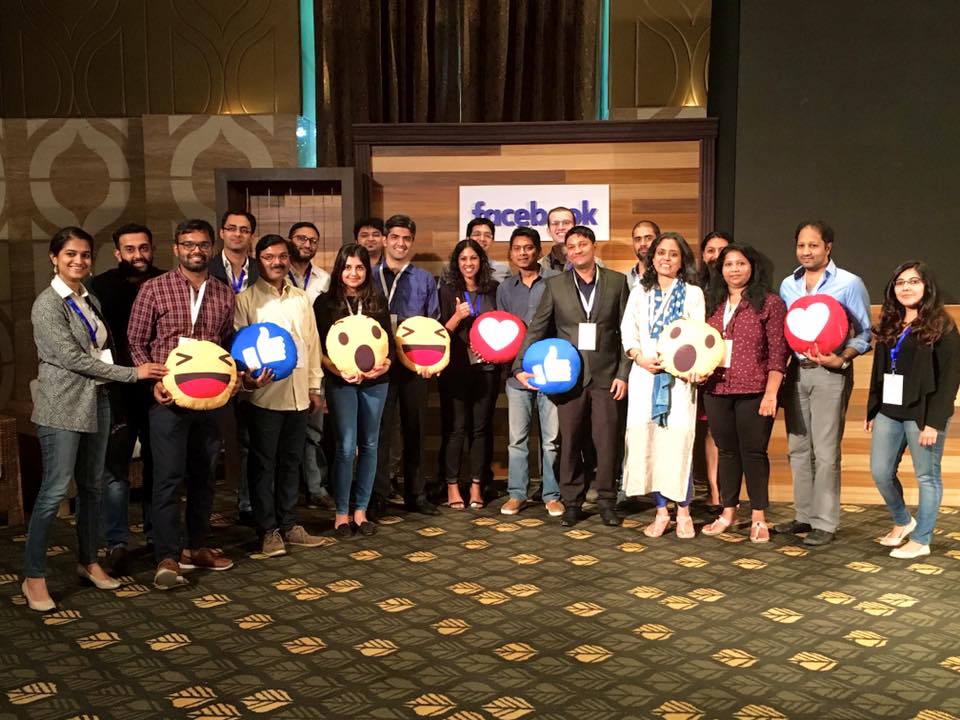 The Facebook SME India council is made of a group of small business from various industries and geographies across the country and will meet throughout the year to share feedback, discuss new ideas and work with Facebook to build better ads solutions. Due to confidentiality, we cannot share many of the information shared during the 1st meeting that was held in Delhi in October, please do stay updated on our Facebook Marketing blog to see what’s the latest (as and when Facebook announces its new feature launches).

You may also find it interesting to read our Facebook Marketing Trends for 2017.